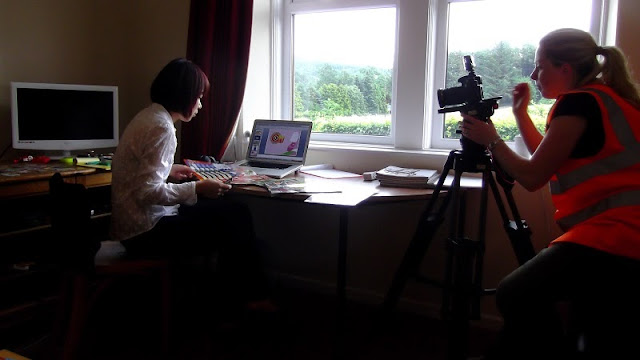 Everybody was up bright and early yesterday dressed in their best clothes ready and waiting for Anna of Recite Films to come a knocking at their door. Anna has been commissioned to produce a number of short video profiles for each artist. .
With a health and safety induction and seven artists to get through in one day it was a packed shooting schedule with filming taking place in the studios/houses as well as out and about around the distillery site. Of course on such a busy day we had a surprise fire drill and once again the Slug decided to start stop starting. Thankfully closer to home than the last time and so the emergency call out was handled by Bob Lawton of the distillery maintenance team and his fork lift truck.
Despite every thing, - even a downpour mid afternoon (the first in weeks) everything was achieved. And the final shoot of the day took in this weeks presentations which were hosted by Jungho and Eric.
Anna returned for a few hours this morning to get a few more background shots and will now begin the process of editing the  footage into the individual profiles. These will be released through you tube/facebook early in August along with a longer overview in October. 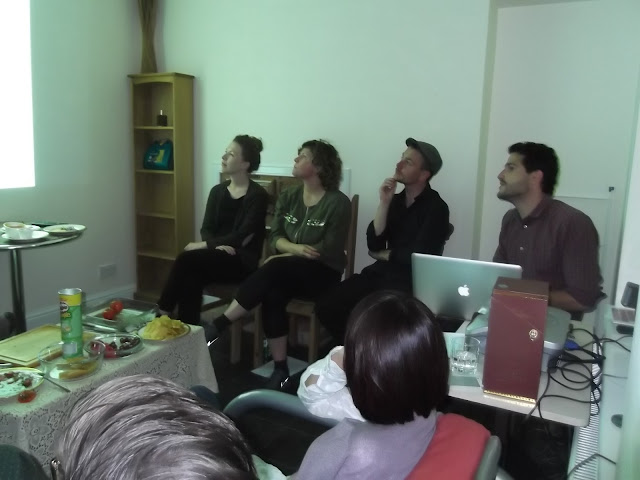 Posted by artists at glenfiddich at 13:38